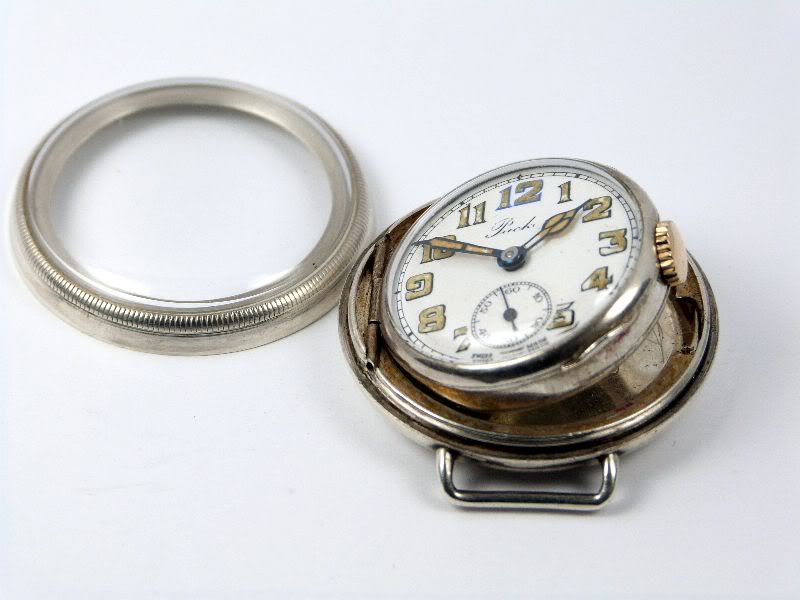 Watches and other forms of personal timekeeping machines date all the way back to the “clock watches” of the 16th century, however wristwatches only made a mainstream appearance in the 1940’s.

One of the main obstacles facing wristwatches was they were more vulnerable to the elements; shocks and impacts, dust, moisture, and temperature. A pocketwatch, by contrast, is safely housed in the wearer’s waistcoat. In addition “bracelet watches” were considered an object of women’s fashion, and were slow to cross over gender lines in the conservative social climate of the Victorian era. 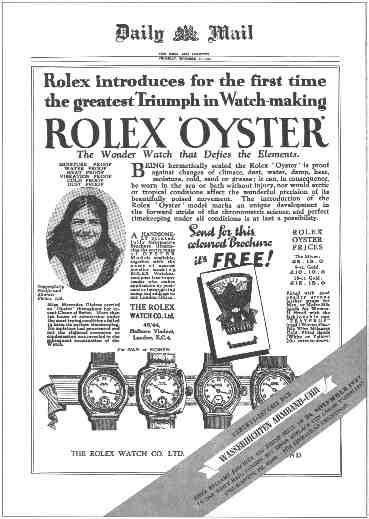 This  changed with the development of sporting watches. The need for waterproof, easily readable timepieces fostered the development of the dive watch, which addressed the issues of environmental vulnerability. The first solution to this problem was to literally place the pocketwatch in a case (much like our smartphones today). These “hermetic” watches watches were bulky and problematic, so the next step was to integrate the waterproofing into the actual case of the watch. The main problem spot was the crown, which led to the development of the screw down crown, notable among which was a patent by Rolex founder Hans Wilsdorf 1926 patent for a double threaded locking screw-down crown, which became the hallmark of the Rolex oyster series. While these worked well for swimming depth, the credit for the first watch capable of serious dives goes to the 1932 Omega Marine, which oddly enough reverted back to the external case design. 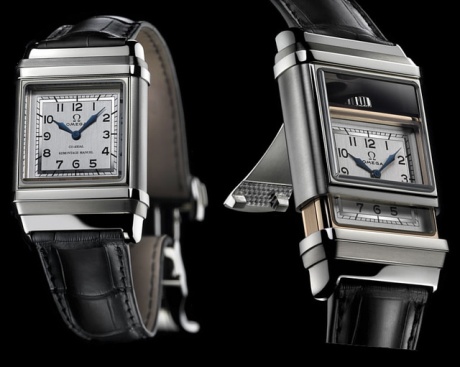 However Rolex would ultimately retake its diving crown in 1960, with the famous “Deep Sea Special” which accompanied diver Jaques Piccard strapped to the outside of his diving vessel as he descended into the Marianas Trench. The watch spent 20 minutes at the deepest spot in the ocean, at a depth of 32,797ft (a pressure equivalent to roughly 10 SUV’s), and came up ticking. While most of us hardly ever go deeper than a few feet with our watches, the Deep Sea Special finally cemented the primacy of wristwatches among timekeeping accessories. 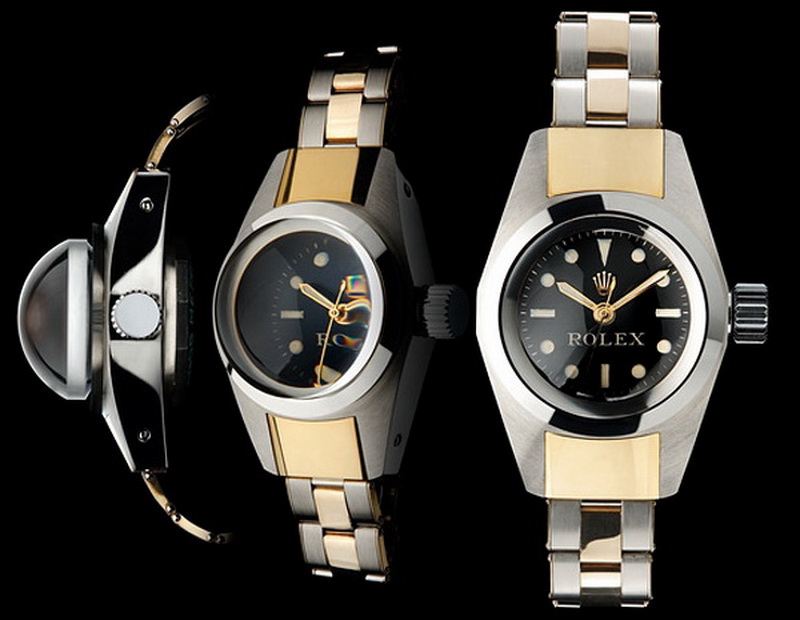 the Rolex Deep Sea Special, the first watch to dive to the bottom of the Marianas trench, the domed crystal distributes the extreme pressure exerted on it.