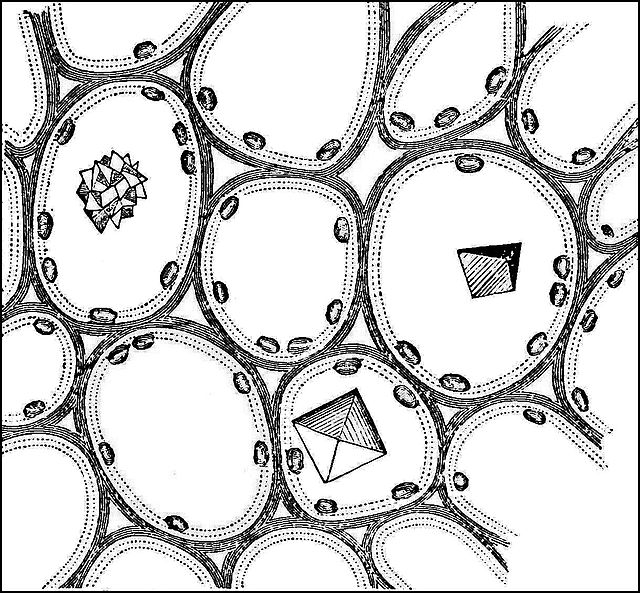 In 1943, Erwin Schrodinger, one of the founding figures in quantum mechanics, delivered a series of public lectures at Trinity College in Dublin, on a topic different from his usual field, the subject of life. Schrödinger attempted to describe the fundamental characteristics of life, in other words, at what point does physics end and biology begin? Central to his talks was the concept of the aperiodic crystal, of which DNA is an example, as the information carrier of and molecular basis for life. They are the means in which a mass of “dumb” inanimate pieces following physicals laws can result in a living, self-sustaining organism. To quote him in a transcript of the lecture “What is Life?”

“In physics, we have dealt hitherto only with periodic crystals…. To a humble physicist’s mind, these are very interesting and complicated objects; they constitute one of the most fascinating and complex material structures by which inanimate nature puzzles his wits. Yet, compared with the aperiodic crystal, they are rather plain and dull. The difference in structure is of the same kind as that between an ordinary wallpaper in which the same pattern is repeated again and again in regular periodicity and a masterpiece of embroidery, say a Raphael tapestry, which shows no dull repetition, but an elaborate, coherent, meaningful design traced by the great master.”

Crystals like the gemstones we deal with in jewelry are referred to as periodic, or classical, in that they have a regular, repeating molecular pattern. Although Schrodinger doesn’t take as much interest in them as their aperiodic cousins, he does admit of the mystery of their self-organizing properties.

Which begs the question are crystals alive? After all, they display many of the properties of life, molecular organization, the ability to repair damage, “reproduction” by seed crystals breaking off and growing elsewhere. The fundamental argument that can be made in favor crystals as life is that they avoid entropy, the tendency in nature to move from highly ordered states to random, undifferentiated ones. A piece of coal seems like a easier and more stable state to maintain than a diamond, so why does carbon chose to organize itself in such a way, or is it too much to say that it’s “choosing” to do anything?

On the other hand, crystals lack another fundamental characteristic of life, the ability to adapt and respond directly to the environment. They lack genetic material, so they are unable to evolve over time. They also lack mobility and metabolism, two key elements of an organism’s ability to self-perpetuate.

To that end, scientists last year at NYU created an artificial crystal that has such characteristics. When exposed to blue light, the crystals cling together and form self regulating structures that seek higher levels of organization. Although they aren’t reproducing or evolving, these crystals express many of the characteristics of life, and ultimately demonstrate how blurry the line is.

In the end the scientific definition of life is more of a qualitative fluid spectrum than it is a quantitative set of solid categories, with varying opinions on how objects like viruses, crystals, and computers fall along the line. If organization and self regulation are the metric for this spectrum, gemstones probably lay somewhere between a pile of sand and a virus, and in a very limited sense can be referred to as alive, whatever that may mean.

for more info, check out our gemstones page!